Since humans discovered fire, it has been harnessed to provide warmth and comfort during the nights and cold months. Humans survived excruciatingly cold winters before modern technology thanks to camp fires and other primitive technology, which has ultimately morphed into the modern heating system.

A heating service today would examine everything from heating elements to complex electricals, but we have come a long way to get here.

The earliest heating system, the central hearth that provided heating to a community of people, dates back to 2500 B.C. in ancient Greece. Excavations found heating systems designed to optimize warmth, and this seemed to spread throughout Europe, resulting in a crude fireplace design in the 800s A.D. By the 13th Century, most of Europe was utilizing a fireplace system, heating homes and even castles, which had stone fireplaces and short flues that formed a basic chimney to the outside of the building.

As casting technology improved, cast iron firebacks were introduced. These had a view to protect the stone from direct heat from the fire. In England, a duct was developed that allowed more air to enter the fireplace, creating more heat.

Stoves then appeared as early as 1400, and were made of joined iron hearth firebacks, which were then designed specifically to become a stove. It was Germany and Holland that soon became the biggest manufacturers of iron stoves, which led the way to more modern heating systems.

The Origins of Warm Air Heating

Beyond fire, man has also used warm air as a heating system. Today, commercial property owners and residential property owners alike rely on professional heating services to manage their warm air heaters, but the origins date back as far as the year 200. It is said that Emperor Helioabalus had his palace warmed by air, using a stove in a stone chamber underneath the rooms, which heated the air that flowed into the rooms above it.

Then, in the Industrial Revolution in England, the warm air heating system was refined – and in 1805, William Strutt created a furnace that used a wrought iron air chamber that was surrounded by stone to create both cool and warmed air. 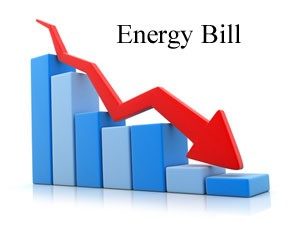